The Gig Economy and How it’s Changing the Payments Landscape The gig economy is a term that describes the growing trend of people working freelance or short-term contract jobs instead of full-time jobs. You can call it Side Hustle or Moonlighting.

This type of work has become more prevalent in recent years due to the rise of online platforms connecting businesses with freelancers, such as ridesharing app Uber, home-sharing platform Airbnb, and Online Work platforms like Fiverr.

The global gig economy is having a significant impact on the payments landscape. Traditional payment methods are challenged by new technologies, like UPI and Blockchain, better suited for gig workers.

Here’s a look at how the gig economy is changing payments and what this means for businesses in the future.

How the Gig Economy is Changing Payments

One of the most significant ways the gig economy changes payments is by making traditional payment methods, such as paper checks and bank account wire transfers, less prevalent. This is because gig workers are often paid through online platforms that offer their own built-in payment solutions, such as PayPal or Venmo.

The Advantages of Online Payment Platforms

The Disadvantages of Online Payment Platforms

Over the past decade, online gig economies offer several benefits for workers and businesses. For workers, the main benefit is rapid growth and flexibility. Workers can choose the hours they want to work and which projects they want to take on. This flexibility can benefit parents who want to balance work with raising children.

For businesses, the main benefit of using online gig economies is cost savings. Businesses can save money on salaries, employee benefits, and office space by hiring freelance workers instead of full-time employment on demand. Additionally, companies can avoid paying taxes and other government fees associated with hiring full-time employees.

Another way the gig economy changes payments is by increasing the demand for mobile payment solutions. This is because many gig workers, such as Uber drivers, are paid through mobile apps that allow customers to make payments with their phones. As a result, businesses that want to attract gig workers need to have mobile-friendly payment solutions in place.

The gig economy is also changing the way businesses think about payments. In the past, businesses typically paid their employees monthly via direct deposit or paper check. However, in the gig economy, businesses need to be prepared to make real-time payments to pay gig workers as soon as they complete a job. This requires businesses to have access to fast, reliable payment solutions that can handle high volumes of transactions quickly and efficiently.

How do Gig Workers get paid?

Gig workers typically get paid through a third-party platform that connects them with customers. The platform takes a commission for each transaction. Payment methods vary depending on the platform, but most platforms accept major credit cards or PayPal. Some platforms also allow workers to be paid in cash.

Gig workers are typically paid per job or per hour. They may also be paid a flat rate for a project. Payment terms vary depending on the platform and the type of gig. For example, some platforms may allow workers to set their own prices, while others may have fixed prices for certain types of gigs.

Most gig platforms offer some level of protection for workers, such as dispute resolution services or insurance coverage. However, gig workers are not platform employees and are not covered by traditional employment laws. This means they do not have the same protections as employees, such as minimum wage laws or worker’s compensation. Gig workers also don’t usually get benefits such as health insurance or paid time off.

What are the Challenges faced by the Gig Economy?

The Future of Payments in the Gig Economy

New technologies, such as UPI and cryptocurrency, will likely shape it. These technologies are well-suited for gig workers because they offer fast, secure, and convenient payments. Additionally, these technologies are not currently subject to the same regulations as traditional payment methods, which gives businesses more flexibility in handling payments.

As the gig economy grows, businesses need to know how it changes payments. By understanding these changes, businesses can ensure they are using the best payment solutions for their needs and stay ahead of the curve.

The rise of the gig economy will change how businesses think about payments, which could have a ripple effect on other business areas in the future. 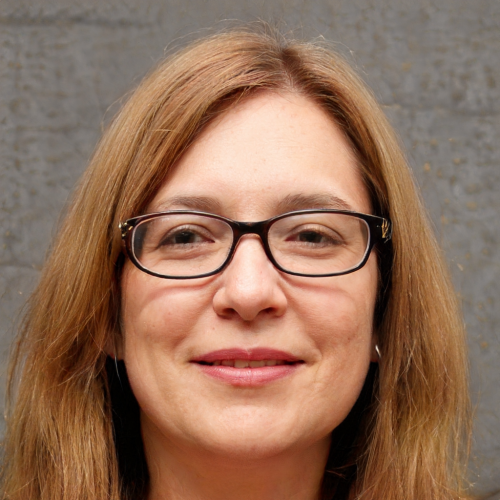 Rachel Hayeshttps://about.me/rachelhayes
Rachel Hayes is a Former Technicali Analyst. She is passionate about analyzing different saas markets and writing about it. Moreover, she loves to watch various tech leaders' interviews, read tech magazines, and contribute her knowledge to other tech blogs.

What is a Non-Cash Adjustment?

What is WIPs Rent Payments?

How to Manage Different Businesses Online

What Is Inventory Management Process and How to Implement it

The Evolution of the ERP

ABOUT US
Latest updates, insights, comparisons, guides, and reviews mainly on technologies we love.
FOLLOW US
©
We use cookies on our website to give you the most relevant experience by remembering your preferences and repeat visits. By clicking “Accept”, you consent to the use of ALL the cookies.
Cookie settingsACCEPT
Manage consent

This website uses cookies to improve your experience while you navigate through the website. Out of these, the cookies that are categorized as necessary are stored on your browser as they are essential for the working of basic functionalities of the website. We also use third-party cookies that help us analyze and understand how you use this website. These cookies will be stored in your browser only with your consent. You also have the option to opt-out of these cookies. But opting out of some of these cookies may affect your browsing experience.
Necessary Always Enabled
Necessary cookies are absolutely essential for the website to function properly. These cookies ensure basic functionalities and security features of the website, anonymously.
Functional
Functional cookies help to perform certain functionalities like sharing the content of the website on social media platforms, collect feedbacks, and other third-party features.
Performance
Performance cookies are used to understand and analyze the key performance indexes of the website which helps in delivering a better user experience for the visitors.
Analytics
Analytical cookies are used to understand how visitors interact with the website. These cookies help provide information on metrics the number of visitors, bounce rate, traffic source, etc.
Advertisement
Advertisement cookies are used to provide visitors with relevant ads and marketing campaigns. These cookies track visitors across websites and collect information to provide customized ads.
Others
Other uncategorized cookies are those that are being analyzed and have not been classified into a category as yet.
SAVE & ACCEPT

Join 2600 readers and receive the latest news and updates from our tech team.

You have Successfully Subscribed!